For many years, I stored an entire year’s supply of food in the crawl space of my home. I have also used the crawl space to store 72-hour kits, water, and other items. So, I feel confident that I can point you in the right direction when it comes to deciding if a crawl space under a home is a smart decision for keeping your long-term food storage or emergency food storage.

However, there are some changes you can make to how you may normally store food that can make it suitable for keeping in a crawl space. In this article I will discuss the major issues and problems with food storage in a crawl space as well as some common sense Solutions you can use to make it workable in certain circumstances.

Because of the high potential for attracting rodents, only canned food items, items in a sealed 5-gallon bucket, or items in barrels should be considered for storage in a crawl space. Obviously, if you put packages of pasta or other items in thin plastic wrapping, it would immediately attract rodents and bugs and could ruin the food storage. While food in a 5-gallon bucket could certainly attract rodents and insects, it’s unlikely that canned food items would do the same.

Humidity in a crawl space is another issue to consider. Ideally, a well-constructed and maintained crawl space will have a humidity level of approximately 55% throughout the year in many locations around the world (Source). Mold generally will not grow in an environment with less than 70% humidity.

The biggest problem, by far, with storing food in a crawl space is easy access for rotation. Many people new to food storage may mistakenly think they can put 200 pounds of canned fruit in the crawl space and return 3 years later to bring the food out for rotation into the kitchen. This would be a mistake. Canned fruits like peaches only have a shelf life of three years from the moment they are canned, and it’s likely that the can you buy off the shelf in a grocery store is already one year old.

Read the story I include below about my experience with storing an entire year’s supply of food in a crawl space to get an idea why it may not be advisable. However, not all crawl spaces are the same. My home is built on a hill and I have a basement. On the higher end of the lot above the partial basement, I have a crawl space. Because of its location, the crawl space is actually level with my basement and thus easily accessible. I use my crawl space for storing some emergency items like a few 72 hour kits in very durable air-tight containers and it works great.

The next potential problem is the temperature in the crawl space, though this will differ dramatically based on the location of your home. Crawl spaces are usually fairly cool. The internal ground temperature is usually around 55 degrees. If you’ve ever been caving on a hot summer day, you’ll remember how different the temperature can feel underground. A crawl space, however, is usually warmer because it is vented to the outside because of the building code.

In Star, Idaho where I live, the temperature in the crawl space goes between 45 degrees in the winter and 75 degrees in the summer. Thus, temperature is not the issue that would keep me from storing food in the crawl space. Canned foods should ideally be stored in an environment between 50 and 75 degrees (Source), so the temperature in a crawl space is actually perfect. Researchers at Brigham Young University found that wheat stored in a barrel lasted over 25 years in a basement (cold), while only 5 years in a garage (hot).

When I was a kid, my parents dutifully saved up for and purchased a one year’s supply of food. While this food was never actually needed in an emergency, it was always good to know that we could weather any storms that came our way either financial or in terms of a natural disaster.

The trouble was that there wasn’t a whole lot of extra space in our house, so we stored a significant portion of the food in the crawl space under the house. This caused a number of issues. First of all, it attracted mice because of the smell of the food even though the only food we had in the crawl space were commercially-canned can foods.

The second and more serious issue, was that it was much more difficult to get to the food when we wanted to use it for cooking. What we found is that it was such a chore to get the food out of the crawl space that we never rotated it as quickly as we should have. Consequently, a few years later we ended up throwing away many many cans of food that had past the expiration date by a couple years.

So in my experience, storing food in a crawl space did not work for us. However, it could work in some other situations if your crawl space is easy to access, if you are very diligent in rotating the food, and if the temperatures in the crawlspace are such that it can maintain the food in good condition for as long as possible.

When it comes right down to it, a crawl space has quite a few things going for it when it comes to a location for food storage. It is relatively low in humidity, maintains relatively modest and cool temperatures throughout the year, and is out of the way so it doesn’t take up a large amount of space in your home or garage.

Do make sure that having food storage will be in metal sealed containers that won’t attract rodents or insects, and also be sure that doing so will not run afoul of any laws which could keep you from safely storing large amounts of food in a crawl space. While I don’t really see how it would be a fire danger since it’s just metal cans with wet food inside of them, I’m not exactly a fire marshal either and you want to make sure you’re doing it right.

Really, the only hesitation I have to using the crawl space is that it is difficult to access and rotate the food–which is key to having a workable food storage process for your family.

I'm a husband, father of 5, Eagle Scout, outdoor enthusiast, and emergency preparedness advocate. I believe we can be our best selves when we're self-reliant and that doing hard things and learning to do them well brings incredible satisfaction to life. 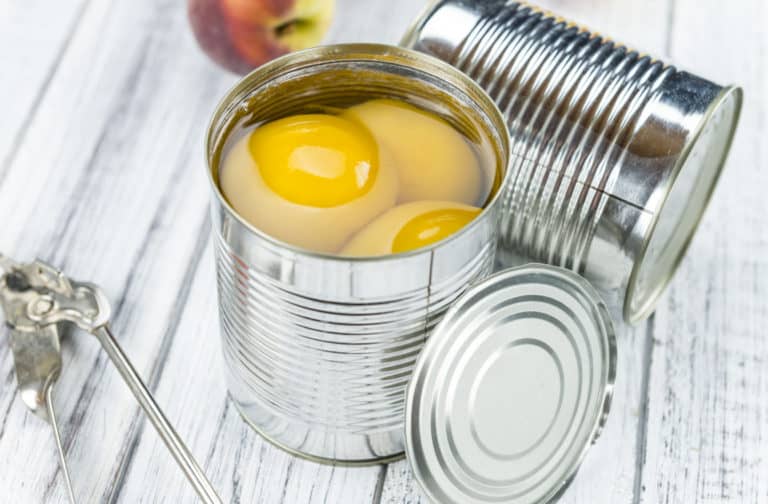 It’s easy to get the impression that canned foods last for many years and you won’t have to worry about it unless you are storing the foods for many years, but with peaches that’s not necessarily true. You may be… 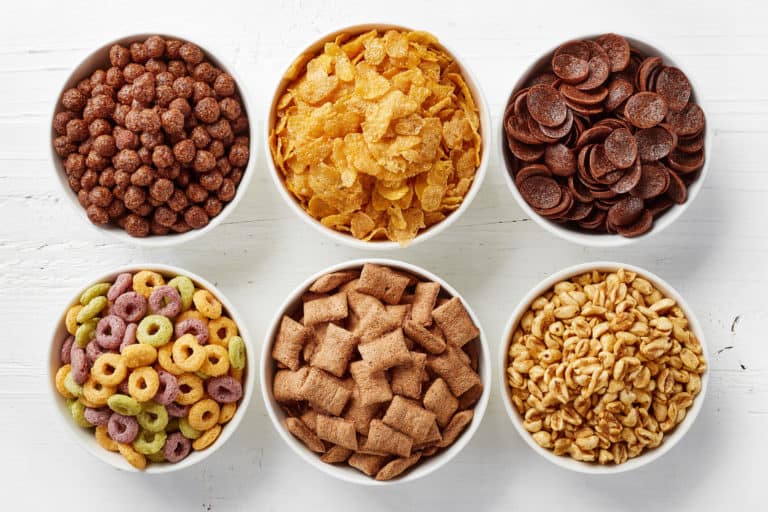 Whether you are a cereal fanatic or you just want to know whether you can put the stuff in your long-term food storage, knowing how long cereal can last is essential. Is the expiration date accurate? How long will the… 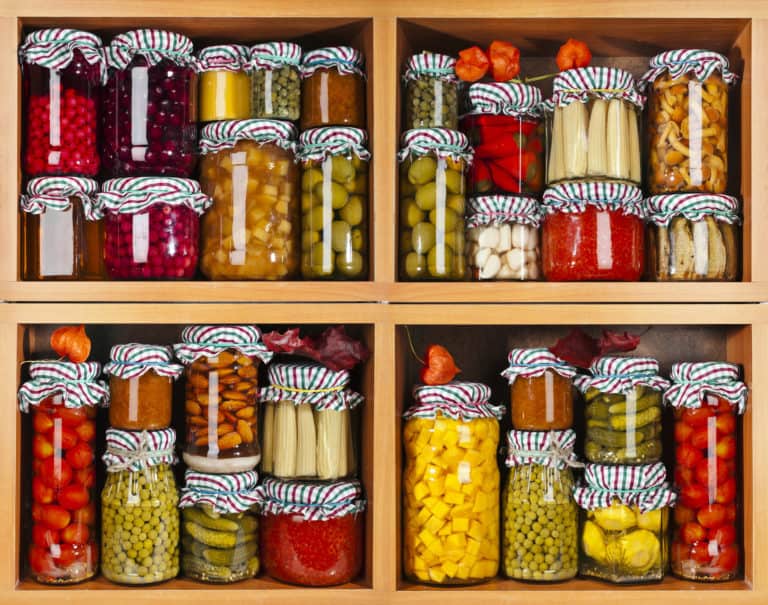 I’ve been working on getting an adequate supply of food storage for my family of 5. I’m not at all a pro with canning and such, so I wanted to take some easy and common-sense steps. I decided to buy… 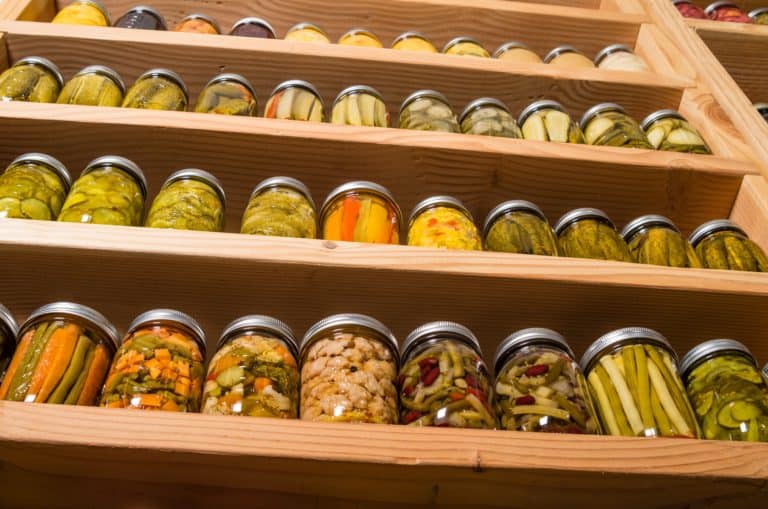 Food storage is essential for preparedness, but a lot of us don’t have big root cellars. Not to mention that few pantries are large enough for long-term food storage. For many of us, that leaves the garage. Can you safely…

Food storage is one of those things that most everyone thinks about at one time or another, but food storage seems so boring. Is it possible to store fun things like candy? Candy that is packaged correctly can be stored…