Canning is a great way to store food for yourself without breaking the bank, but it is important to take specific care to do it the right way so your food will be safe to consume.

Meat must be pressure canned because it is alkaline meaning it does not have the acid to kill certain bacteria during other types of processing. Increased heat and pressure are needed to make the meat safe for storage. Pressure canning is the method used to preserve meat.

The method used to preserve varying foods is actually quite important, I’ll go into more depth below about the specifics.

Pressure canning is a common method used for canning meats, but why? There are other methods that seem easier and more convenient. Well, the answer is Botulism.

Botulism is an extremely dangerous form of food poisoning caused by a bacteria called Clostridium Botulinum.

This bacteria presents itself in foods that are moist, in a low oxygen environment, at a temperature between 40 degrees and 120 degrees Fahrenheit

The National Center for Home Food Preservation says that botulism exists as either spores or as vegetative cells. (Like a botulism seed) These cells can sit dormant for years before they ever start to grow.

Once they are introduced into the right environment, they will multiply rapidly and become deadly within 4 days.

How Does Pressure Canning Remove the Bacteria?

The pressure inside the canner isn’t actually what causes the food to become “safe”. The three main components that make the food shelfstable is a combination of heat, pressure and time.

All three of these things are critical for safely processed meats. Like I mentioned earlier, the water bath method of canning works for high acid foods because they require less heat for the food to become safe.

Low acid foods need a higher temperature to become shelf stable. Inside a pressure canner the heat and pressure together make it so the temperature can rise to the point where the botulism is killed. This point is at least 240 degrees fahrenheit .

For whatever meat you are canning, it will need to be set to a specific pressure in order to reach 240 degrees. During the processing phase, it is important that the pressure does not drop the whole time because that means the temperature has also dropped and the food inside will not be safe for storage.

When pressure canning meat, we would always have one person sitting right by the stove watching the gauge every minute. At the time, it seemed like it wasn’t worth it, but we were always able to have foods that were preserved correctly.

If you don’t want to do it, have a responsible kid do it. All they have to do is be able to tell you if the arrow is getting close to a number. Pretty easy.

On some pressure canners, there are rockers that allow you to hear be the speed of the rocker if it is at the correct pressure/temperature.

If you don’t remember anything else, remember that the meat needs a set amount of time at the specified pressure, heat and time in order to kill all of the bacteria.

Here is an article from The National Center for Home Food Preservation about pressure canning you can check out.

What Other Foods Need a Pressure Canner?

The foods that will need to be pressure canned are foods with a pH higher than 4.6. Foods with lower acidity, have a higher pH.

Foods with low acidity include:

These foods must be pressure canned. There are some foods that are right on the 4.6 pH line, and for those foods, it is important that acids are added. (like lemon juice.)

Now you might be wondering what the big deal about acid is, well as you now know it is a BIG deal. Foods that are acidic are able to combat bacteria by themselves. The acid will literally eat or kill the bacteria, keeping the food safe to eat.

Low acid foods are not able to fend off the bacteria. That is why for some canned foods, you add lemon juice. This ensures that the bacteria will not spoil your food.

When it comes to home canning, botulism is one of the main enemies. This type of food poisoning can be extremely dangerous. It has a effect and if it reaches the muscles that control breathing then you will die.

In an earlier paragraph, I mentioned that botulism bacteria is in two forms. One of the forms of botulism is the spore. Spores are easier to kill, they will be killed by boiling temperatures for longer than 10 minutes.

The other form of botulism is like a seed. These “seeds are very difficult to kill. The seeds are what make the pressure canning necessary. Even the boiling temperatures cannot kill these seeds.

Botulism bacteria grows on food that has not been processed correctly or that has been stored in unsafe conditions.

It is recommended that all home preserves be stored in cool dark areas, under 95 degreesFahrenheit. If your foods have been processed correctly and they are stored correctly, then you should be totally safe.

I have grown up eating home canned meats and vegetables, and I have never had an issue with food poisoning, because we were always careful in our food preparation.

The Alternative to Pressure Canning Meat

Pressure canning meat is a great method to use, but if you feel like it is not right for you, there is another way.

The other way to self preserve your meat is by picking it. You heard it. Pickling. Believe it or not, you have probably had meat that was pickled even if you didn’t realize it.

Pickling is where you submerge food in a solution to preserve it long term. Some pickling is done in vinegar (like pickles) and other things are pickled in brine. This solution provides an environment that kills dangerous bacteria and promotes the growth of healthy bacteria.

Pickled meats that are commonly found in the western world are corned beef and some hams.

The bottom line of it all is safety. Some people claim that there are other methods you can use to preserve meats and vegetables, but in the end it is best to play it safe. 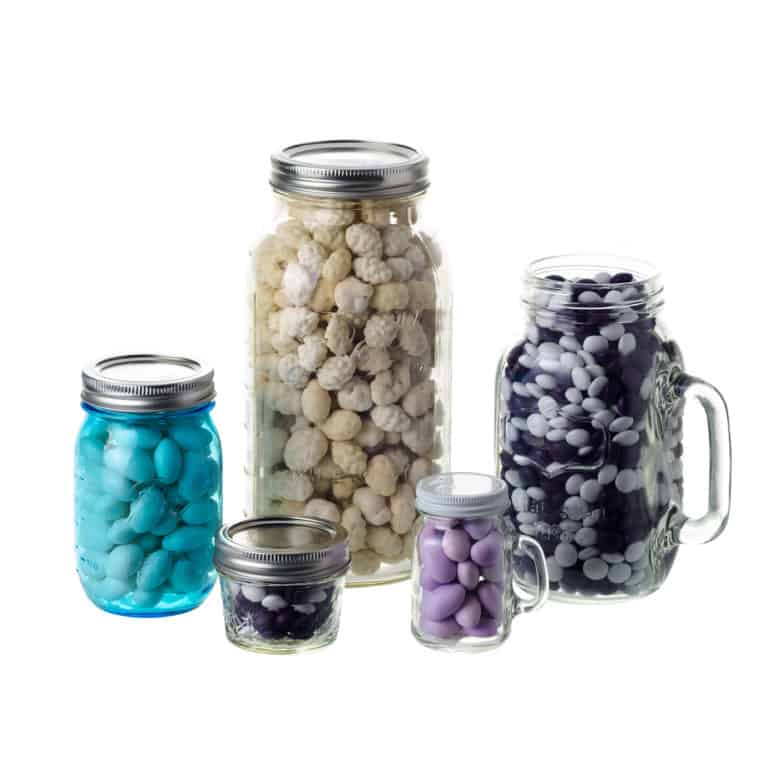 Growing up in a house where home canning was done year after year, I have canned almost anything you can think of. Glass mason jars are key to the process, and after years of use there are some things to…